The first time John Sautter retired from Purdue University, back in 2010, his retirement lasted all of one day. This time, Sautter promises it’s permanent.

Sautter, 76, will retire on July 30 after five decades of service at Purdue that includes nearly 40 years as vice president for housing and food services and 11 years as a University ambassador. He leaves behind a legacy of enduring impact on students and their campus experience—impact defined by innovation, renovation, and dedication.

“Ultimately, I believe I was a good citizen for Purdue for 50 years, and I enjoyed it all. I feel very blessed,” Sautter says. “I’m proud of the fact that, with the help of a terrific staff, we brought the campus housing and dining operations into the modern era. And I truly enjoyed my ‘second career’ as a part-time ambassador and senior advisor for the Purdue Alumni Association. Another special highlight was handing both my son and my daughter their Purdue diploma at commencement.”

New, state-of-the-art living facilities were constructed, many older facilities were renovated, and long-range upgrade programs were put in place. Sautter led major changes in the preparation and delivery of the meals served by University Residences, satisfying student demand by moving from a traditional “cafeteria” model to the concept of standalone dining courts. He also helped University Residences develop a master plan to guide future development for the largest on-campus housing system in the nation among universities where no students are required to live in university housing.

“I think I inherited a nationally recognized campus housing system and took it to the next level by staying in tune with students’ likes, dislikes, and preferences and those of their parents,” Sautter says. “I also provided leadership that kept a 900-member staff motivated and focused on doing their best and doing it with a smile by establishing a positive work culture we called a ‘climate of caring.’ It has all been very gratifying.”

In 2010, Purdue honored Sautter’s career and achievements as VP for housing and food services as if he was retiring for good. But he knew this was not the case.

“My second career started the day after my first career ended,” Sautter says. “Knowing so many former students and staff, I made an offer to Purdue Alumni Association leadership that I thought I could be of service—on a part-time basis—to Purdue alumni clubs around the country. I could travel to Purdue clubs and be a speaker and represent the Alumni Association, but I would only do this for three to five years.”

“At that point, Purdue’s 150th anniversary was approaching and I wanted to be part of that special celebration. Then, it appeared I could reach the goal of being at Purdue for 50 years, which means so much to me,” he says. “So, three to five years turned into 11 years and here I am, retiring. Again.”

Even in retirement, Sautter will stay connected with the University by continuing at least one of his most enjoyable Purdue activities. He has been a behind-the-scenes resource for the men’s basketball team since 1981, when he began serving as official host to visiting coaches. Prior to each home game, he meets Purdue’s opponent and stays with the head coach until the team leaves campus after the game, making sure any needs are met and problems solved.

“I will continue hosting for men’s basketball because I really enjoy that,” Sautter says. “I do want to slow the pace, enjoy each day, and realize I don’t have to make every minute count. But I have already retired twice, so who knows?”

Another favorite project, the Tuesday Tour videos Sautter helped start in 2017, will not continue after 92 episodes. These popular videos, which he hosted, appeared on social media and offered interesting looks at campus landmarks.

“Tuesday Tours ended up being pretty special to me as I enjoyed the opportunity to share my passion about Purdue,” Sautter says. “The popularity of the videos was amazing and the kind comments I received about them were very humbling. Boilermakers love to hear about their beloved campus and it was gratifying to share so many of Purdue’s unique stories with them.”

The love Robert Thorley feels for Purdue University is rivaled only by his dedication to nearby Clinton County, Indiana. 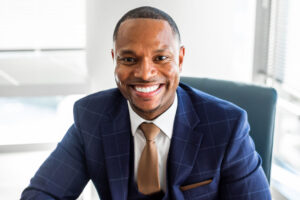 As a wealth management advisor, Brian Ford (ME’07) helps his clients achieve financial wellness by applying the organizational and problem-solving skills he developed in college. Growing up in Hammond, Indiana, Ford had aspired to attend a Big Ten school and ultimately decided on Purdue’s School of Mechanical Engineering.