AS THEIR FORTIETH BIRTHDAYS APPROACHED, Beth Hobson (MS ’20) and her husband, Neil, decided they were ready to set their estate intentions. While Beth has many organizations and causes close to her heart, and despite never having set foot in West Lafayette, she chose to give to the Brian Lamb School of Communication.

Beth didn’t take a traditional path to obtain a college degree, and her journey has shown that multiple paths lead to success. Led by determination and hard work, Beth is currently leading a 24 million dollar comprehensive campaign for Hosparus Health, a non-profit organization that provides end of life care and counseling to more than 8,500 patients and families in Kentucky and Southern Indiana each year.

After graduating high school in Kentucky, Beth had hoped to attend law school and become a family court judge. However, she realized very quickly that finances were a major roadblock and dropped out of her undergraduate classes at the University of Louisville (U of L). She recalls weeping in bed as her friends were graduating (even if they were doing so under a crippling amount of debt).

Having spent more than fifteen years in fundraising and considering herself a lifelong learner, Beth decided to apply for an online master’s in communication program. She debated between her top two choices: Purdue and Johns Hopkins. Ultimately, she selected Purdue because she saw it as the best value to achieve her dreams. During her studies, Beth particularly enjoyed her fundraising course and also appreciated how her first professor, Mike Kohler, was able to strike a balance with non-traditional working professional students like herself. Her health communication class was also a highlight—she still refers to her textbooks for real-world application within her current position.

Purdue hasn’t raised tuition since 2012—effectively not only proclaiming a goal to provide a quality education at the highest value but by proving it. And for Beth Hobson, it meant an advanced degree and a chance to give back to the school that helped her achieve her dreams. // 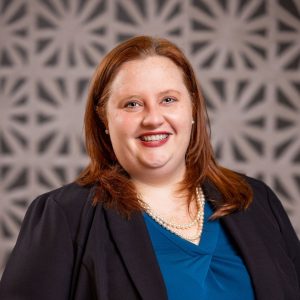 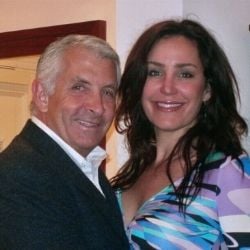