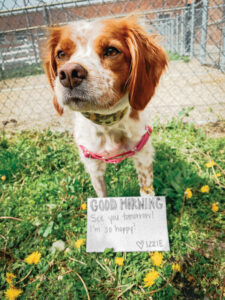 “At Purdue, Izzie was treated as a member of the family,” Deborah says.

“We were given the sense she was very well taken care of at Purdue,” Jim adds.

When the young French Brittany dog became sick last spring, a blood analysis indicated acute kidney failure of unknown origin. The couple’s veterinarian referred Izzie to an emergency hospital in Michigan. However, the staff there believed Izzie’s prognosis was bleak—even if she were to undergo dialysis—and recommended putting her down, something Jim and Deborah refused to do.

The couple soon learned Purdue performs dialysis and that Izzie was a strong candidate. “They were waiting for us,” Jim says. “We pulled up to the front door, and they took Izzie from us and put her on a blanketed table and rolled her inside the hospital. There wasn’t much life left in her.”

After her third dialysis, Izzie started showing initial signs of improvement; by the fourth procedure, her characteristic sassiness had started to return. “We got to visit with Izzie that day. We were so happy and relieved to see her,” Jim says.

After nearly two weeks at Purdue, Izzie finally headed home. Yet questions remain regarding the cause of her illness. While two analyses ruled out leptospirosis, a bacterial disease, Jim and Deborah have since learned grapes can be toxic to pets. The couple grows several acres of wine grapes, and they wonder if Izzie consumed grape mummy berries that fell to the ground during or after the harvest—or if she ate leftover grape residue from the winemaking process.

This concerns them due to the large number of dog-friendly wineries, so they plan to share their story with other dog owners. They also will continue to relate their appreciation for Purdue’s veterinary team.

“We can’t thank the staff enough for saving Izzie’s life,” Jim says. “When we run across people with dogs, we are quick to inform them about Purdue.” // 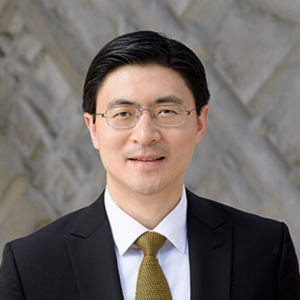 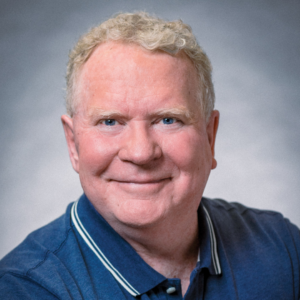